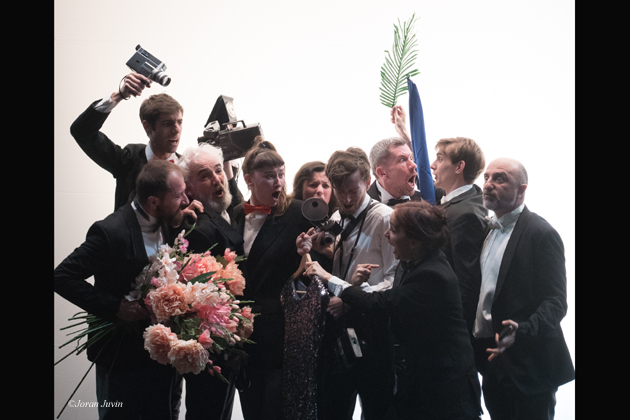 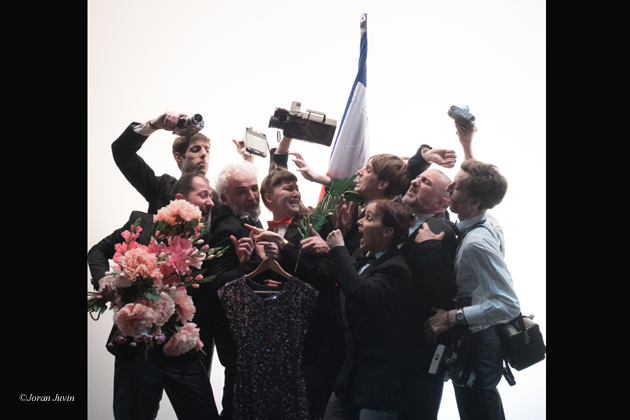 This young producer, who is also an actor, founded the Y company on 2015 with a guideline: have current events reverberate by confronting history.

The very first theatrical production devoted to the Film Festival, Cannes, Trente-neuf / Quatre-vingt-dix is a truly sociological fresco that, through a sophisticated and original narration, retells a half-century of the festival’s history…as much as the change in morals, opinions, policies and international geopolitics.

In a constant back and forth between fiction and reality, the decades’ old puzzle is reconstructed and questions the fascination exerted by this event, the tradition and rituals of which hide the ease with which it ceaselessly reinvents itself over the generations. Scrutinizing this like an inquisitive blacklight ray, the piece reveals the history and folklore of the Festival and uncovers a bountiful human comedy. Presenting it in Cannes, in the heart of its inseparable birthplace that it has widely contributed to globalizing, represents a wonderful introspective allusion!