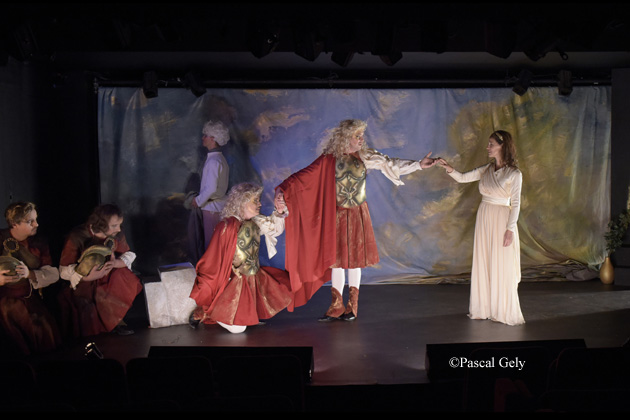 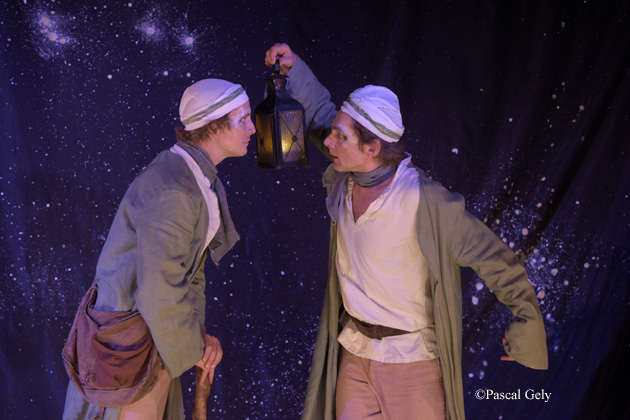 To seduce the beautiful Alcmene, Jupiter descends from Olympus disguised as her husband, Amphitryon, who is away at war. He is accompanied by his son, Mercury, who takes on the appearance of Sosie, her absent husband’s valet. To achieve his goal, the amorous God goes as far as to make an accomplice of the Night. Men and Gods intermingle, look-alikes cross paths, arrows and jokes rain down, misunderstandings and surprises tumble over each other… and we are once again surprised in discovering this play which was one of the playwrights most successful works. Stéphanie Tesson achieves a stunning stage direction, that has all the classical allure, but also an eloquence and the energy that is irresistibly modern! Prepare to delight in a true theatrical tour de force, carried by actors whose performances are as shimmering as they are precise, and revel in this thundering script where Gods and Men are so ridiculously human.


*Suitable for children over 15 and adults
*Meeting with the artistic team at the end of the matinée performance.