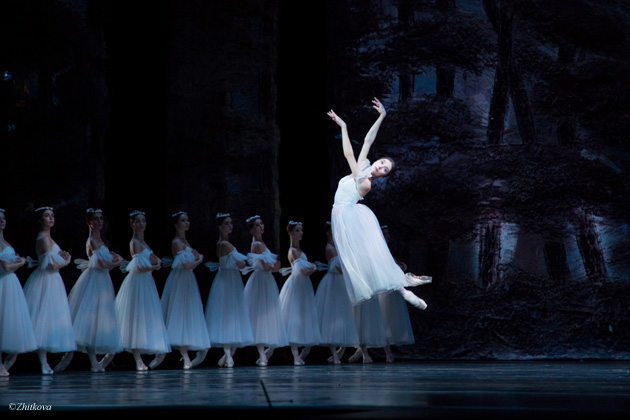 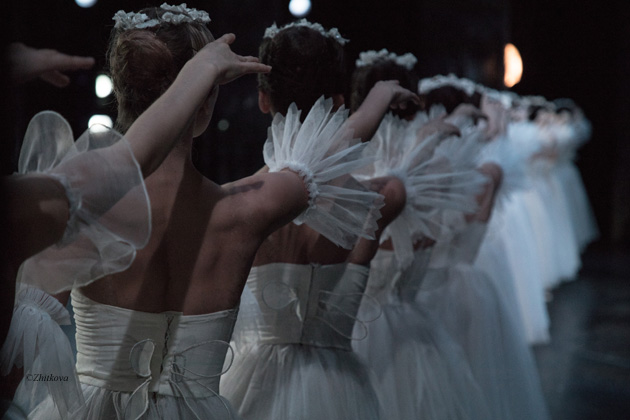 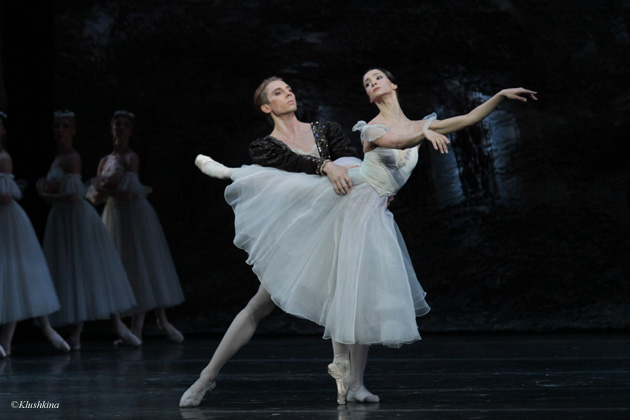 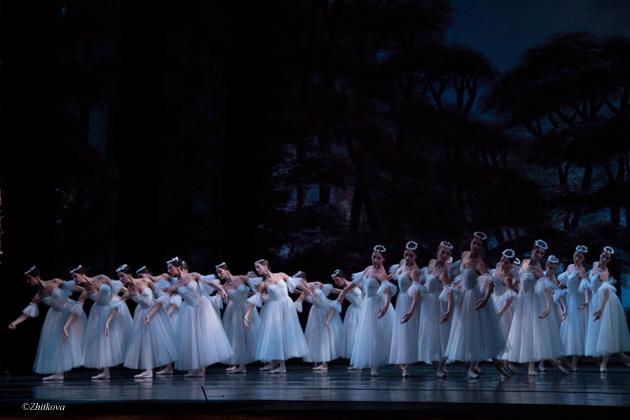 “Ballets are poetic dreams taken seriously” said Théophile Gautier; Giselle is one of the great creations in the history of ballet, an essential work in our choreographical heritage. Unmissable too in its performance by the Stanislavski Ballet, which has not performed in France for 64 years!

A romantic ballet masterpiece, Giselle very nearly disappeared forever. Created at the Paris Opera on 28 June 1841 by Carlotta Grisi and Lucien Petipa, it was regularly reprised until 1868, the date on which it was withdrawn from the programme. Happily, Marius Petipa, Lucien’s younger brother, has the idea of reprising this piece in 1884 at the Mariinski Theatre in Saint Petersburg, with a few choreographical changes. In particular, he boosted the folly scene and recomposed the scene with the Wilis, putting them en pointe. It was the Russian Ballets of Sergei Diaghilev that brought Giselle to Paris on 1910, with Tamara Karsavina and Vaslav Nijinski as performers. The back and forth between France and Russia shaped this ballet for over two centuries, to our greatest pleasure. It is significant that it was Laurent Hilaire, principle dancer and one of the most elegant Albrechts of the Paris Opera, who brings it back on stage for the Stanislavski Ballet from Moscow.
In the first act, Giselle tells the tale of a peasant girl, Giselle, wooed by the Prince, Albrecht, who is disguised as a villager to seduce her. Hans, Giselle’s spurned lover, discovers Albrecht’s deception; he is already engaged to Bathilde. In her shock, Giselle loses her mind and dies. The second act reunites the protagonists in the depths of the forest. This place is reigned by the Wilis, virgins who died on their wedding days, who prey upon any man venturing into their territory and dance him to death…

Giselle pits reality against fantasy and above all contests two visions of woman: earthly and ethereal, the crazy virgin and the wise virgin, Pagan and Christian. Even though the roles are not as marked as Odette and Odile in Swan Lake, Giselle demands almost as much subtlety to move from the first act to the second, so-called “blanc”, act.

To me, Giselle is the most beautiful romantic ballet.
It is the ballet desired by a poet, Théophile Gautier. The world’s major ballet companies have it in their repertoire and we can see it, in Cannes, with Moscow’s Stanislavski Ballet, directed by Laurent Hilaire, the first artistic director of a Russian troupe since Marius Petipa and who was the magnificent principle dancer and formidable master of the Paris Opera Ballet that we knew. This masterpiece is, in one way, the meeting between Russian tradition and our French school.

Since Marius Petipa, Laurent Hilaire is the first Frenchman to direct a Russian company. He was appointed as head of the Stanislavski Theatre Ballet in Moscow in 2017, a rich ballet with 120 dancers and 125 performances per year, in a theatre than boasts 1200 seats and five rehearsal studios. He has had the best choreographers of the 20th century join his repertoire and received a Golden Mask for his reworking of Serge Lifar’s Black and White in 2017.