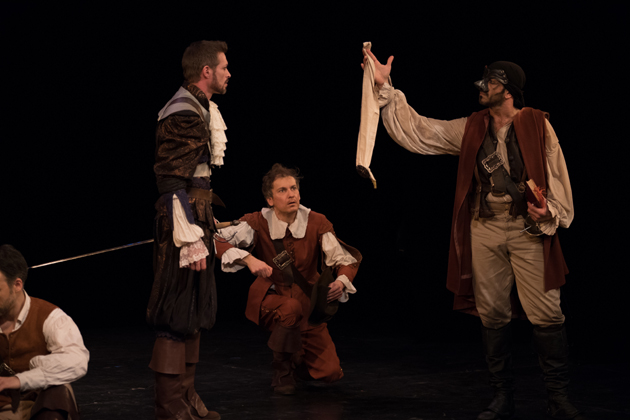 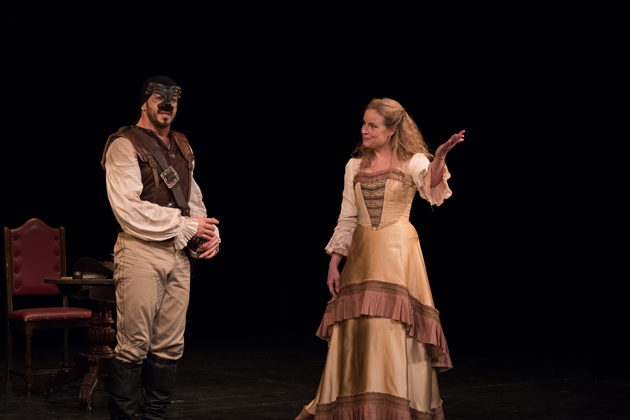 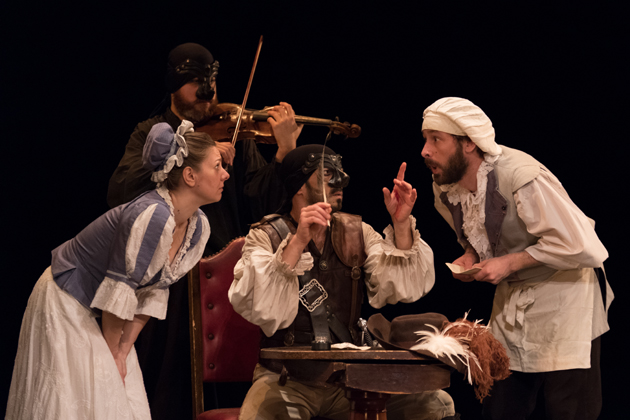 Hung up about his ill-proportioned physique, the intrepid musketeer Cyrano doesn’t dare to declare his love for the beautiful Roxanne. However, due to his love for her, he goes as far as serving the schemes of his rival Christian, with whom she is besotted.

In this period adaptation with a sophisticated set we find the magnificent spirit that characterizes the work, the most famous by the dramatist: the epic combat scenes follow each other with panache whereas the cult rejoinders meld and shine in all their glory. Jean-Philippe Daguerre polishes the piece with wonderful modernity by means of an original musical accompaniment on the violin, from scores created by the author! The instrument shadows the hero, using its bow to sculpt a sparkling work that it takes from the original theatrical monument.

By also favouring a simple and refined set design, the adaptation shines a light on the hero’s good-hearted personality, the heart of the work. The performance, carried in particular by Stéphane Dauch, a former pupil of the ERAC, winner of the performance prize, is breath-taking and rekindles the myth.

Télérama: The set design by Jean-Philippe Daguerre and the performances by the violinist Petr Ruzicka (who shadows the hero), who plays Rostand’s unreleased musical works, come together to render all the flavour of this magnificent text from the repertoire.

Charlie-Hebdo: A rejuvenating and bright cocktail comprising a touch of folly combined with a lot of energy and a high-quality performance giving a new intensity to Rostand’s work…