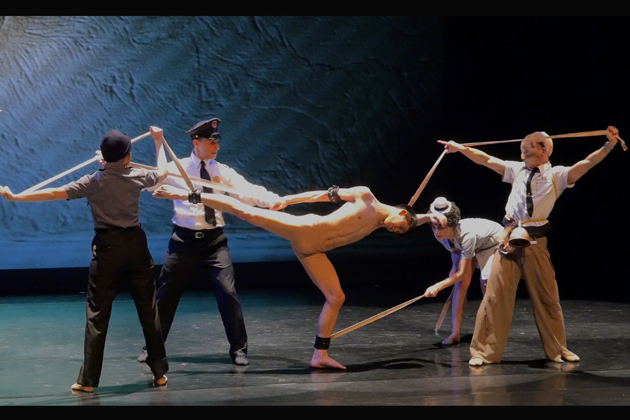 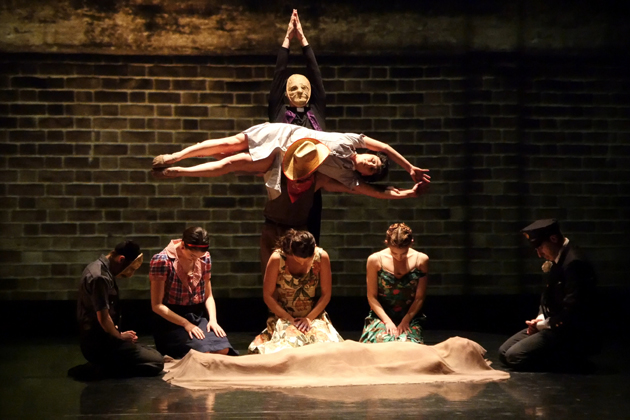 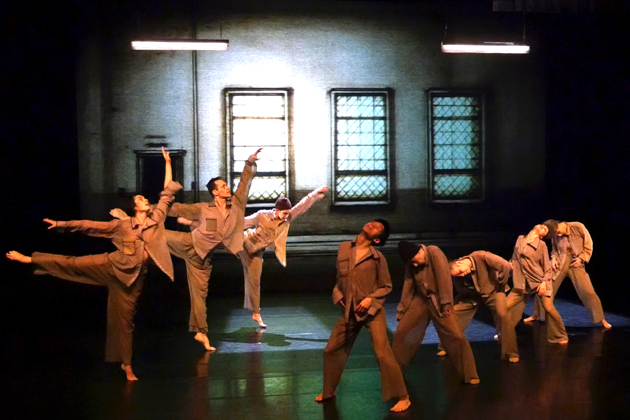 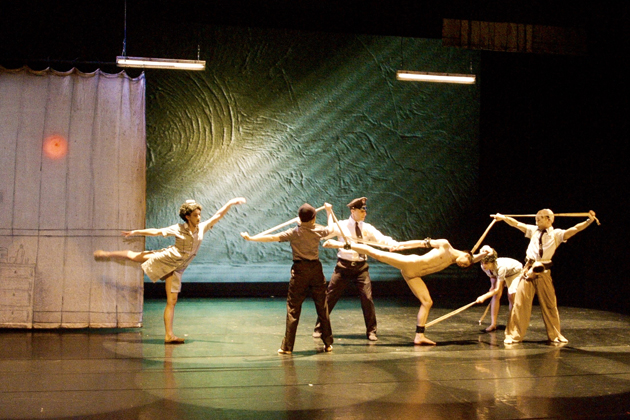 The James Sewell Ballet combines the elegance of classical and the rigour of contemporary dance with the freedom of modern American dance. Titicut Follies, an unclassifiable piece, will be presented as a European premiere at the Festival.

Titicut Follies is firstly the title of a documentary made in 1967 by Frederick Wiseman at Bridgewater Hospital, an asylum for the criminally insane. Banned until 1991 in the United States, this hardcore film is considered as marking a turning point in the way we considered the penal world reserved for mental patients. Titicut Follies is the name of the show that patients and guards give once a year. James Sewell, choreographer and director of the eponymous ballet, is fully convinced that the classical technique can and should talk about problems in society. As a result, the collaboration was born between Frederick Wiseman and the choreographer in order to create a ballet from the film. James Sewell invented a new choreographical vocabulary from the closely watched movements on the “Titicut Follies” stage. Leading dance into new territory, Titicut Follies is a gripping and strange ballet with, sometimes, a pinch of humour, but above all a surprising sense of derision.

Disjointed rounds, in a parody of the Kingdom of the Shades from La Bayadère, from an arabesque line on legs that give way, the routine, created over approximately two years of collaboration with Frederick Wiseman, is a true performance on the theme of madness, a fertile subject in terms of ballet!

Titicut Follies is a true curio. I find it interesting that a choreographer like James Sewell took on a documentary by Frederick Wiseman, an ingenious documentary maker with the major institutions. The piece is a real choreographical UFO; it has a few hints of Berlin-style cabaret sullied by neoclassicism and introduces us to the world of madness, like Giselle, whether in its classic version or the modern one from Mats Ek. But maybe the artists have dipped a toe into madness?

The artistic director of the Sewell Ballet, James Sewell, studied at the School of American Ballet with David Howard, before being hired by ABT II. He was then the Principal dancer at the Feld Ballet/New York. Then, with his muse, Sally Rousse, he founded his own company in 1990, which today includes over one hundred ballets in its assets.