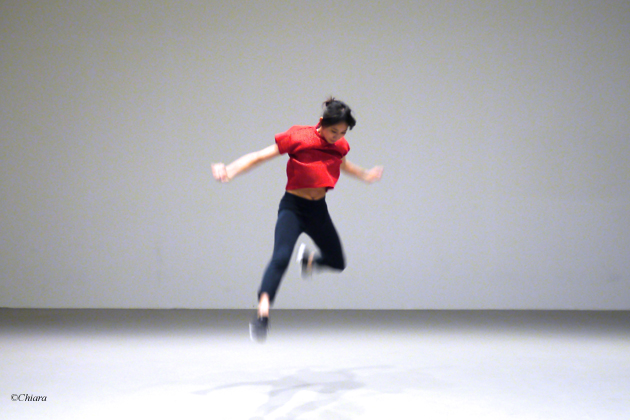 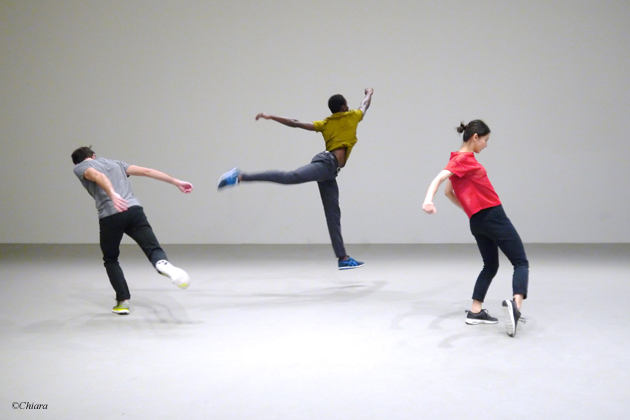 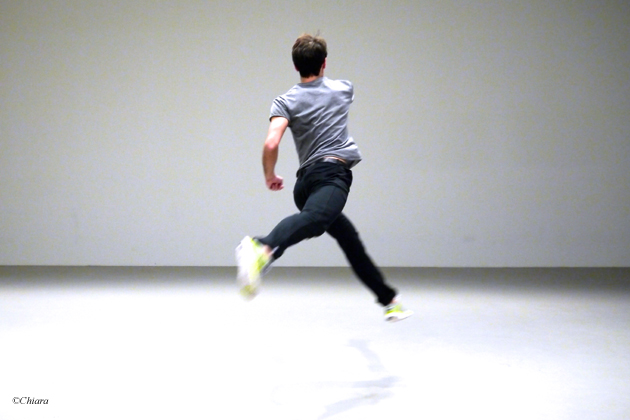 Noé Soulier, a rising figure in modern choreography, explores the poetic incongruity of dance and everyday movements in the company of Vincent Chaillet, Principle dancer with the Paris Opera.

The Kingdom of the Shades is the most well-known passage from La Bayadère, the famous ballet by Marius Petipa, but Noé Soulier, a fine connoisseur of classical dance, has chosen to take the expression literally. The Kingdom of the Shades is therefore what can’t be seen at first glance when watching a ballet, namely the link steps, the calls, the preparation, in short, the essential binding that makes dance something more than just a succession of steps. With Vincent Chaillet, the principle dancer at the Paris Opera, who knows his classics on tiptoe, Noé Soulier chose to show us the other side of ballet, allowing these transitions to be seen. The last sequence, bringing together excerpts from the famous ballets of the 19th century, is a jarring collage that comprises a varied and extravagant classic variation.

In Signe Blanc, Noé Soulier this time tackles pantomime, these bodily gestures that allow a ballet recital to move forward. However, in the Soulier version, Vincent Chaillet starts by expounding the pantomime gestures he makes, then, by shifting, the movements made with the body enter into conflict with those pronounced orally. And the gap progressively widens, until a sequence is formed that borders on abstract movement.

Lastly, the four dancers from Removing explore a catalogue of gestures and choreographical sequences that are also ours, without us being aware of it: gestures defined by practical aims such as knocking, avoiding, throwing or even throwing yourself to jump or land on the ground. Except…that their purpose is hidden. As a result, the piece frees the movement from all its power and all its intentional charge…

It is a pleasure to present pieces during this Festival that have matured and have been reworked by the choreographer. This is the case with Noé Soulier, who has revised two of his creations that tackle the vocabulary of ballet, with Vincent Chaillet, whose elegance, accuracy and musicality I have always admired. Noé Soulier’s approach, which analyses and examines classical dance by providing it with new energy, is of great interest in my opinion.

Born in Paris in 1987, Noé Soulier studied at the Conservatoire National Supérieur for music and dance in Paris, at the Ecole National de Ballet of Canada and at PARTS in Brussels. He obtained a Master’s degree in philosophy from the Sorbonne University. In 2010, he was awarded the first prize in the Danse Élargie competition, organized by the Théâtre de la Ville et le Musée de la Danse. Noé Soulier is an artist associated with the CN D, the national dance centre in Pantin since 2014 and an artist associated with the CDCN Toulouse/Occitanie between 2016 and 2018.

Vincent Chaillet has spent his entire career with the Paris Opera Ballet. He was promoted to Lead dancer in 2009. Specifically interested by the scripting for pieces and new works, he put on a show for children combining song, dance and music. In December 2017, he left the Paris Opera temporarily to take on the artistic direction of the Les Synodales Festival, for which he directed the international modern dance competition, taking over from Bruno Bouché. He also danced beside Marie-Agnès Gillot for the show Les Enfoirés 2018: Musique!