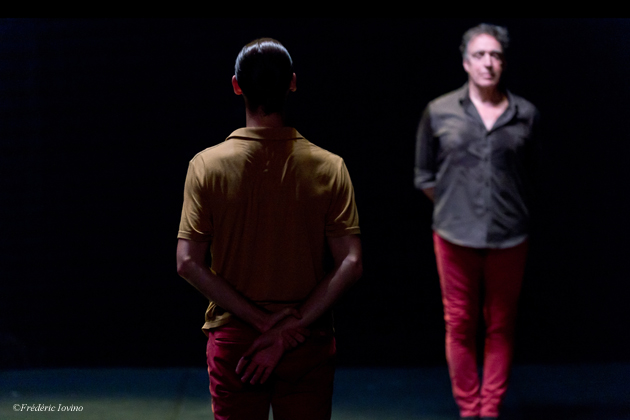 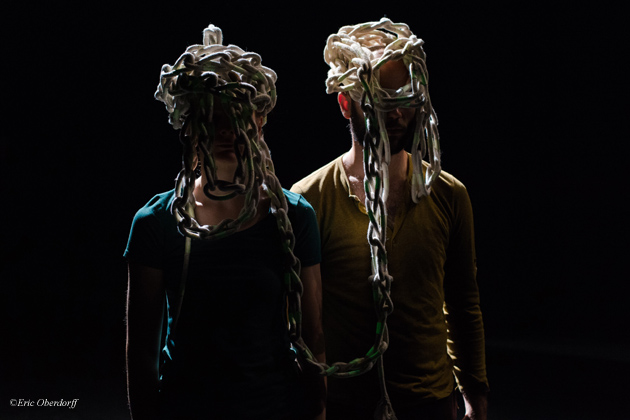 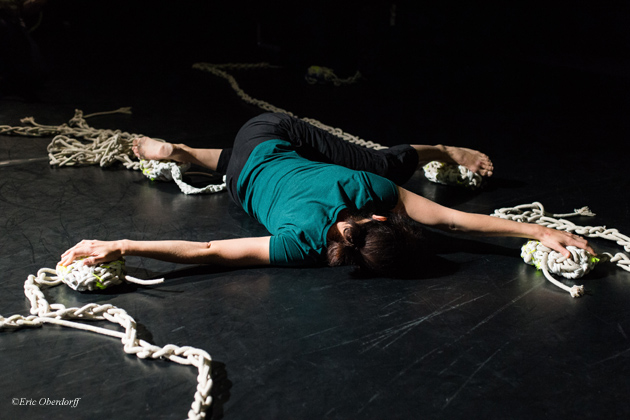 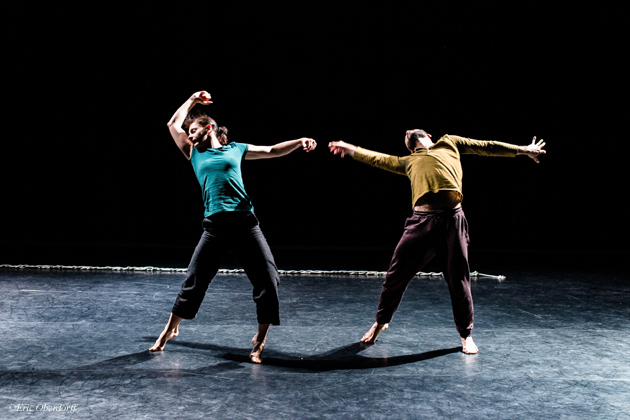 In 1986, Parallèle appeared, a work devoted to the principle duo Wilfride Piollet and Jean Guizerix. They demonstrated their joie de vivre, their love of dance and above all, gave dance a completely new image, abolishing the barriers between classical and modern, feet apart or in parallel. In the guise of paying homage to this breath of fresh air that Wilfride and Jean were blowing, Raphaël Cottin, their pupil, created Parallèles. An invitation to journey between these two titles, this duo that reunites Jean Guizerix and Raphaël Cottin is also a way to breathe new life into the research by Wilfride Piollet, and her famous “flexible barres” that would change the way dance is taught and the vision of classic technique. The duo, intelligently lead, avoids the generational pitfalls, to better follow the path from transmission to shared source: the poetry of René Char, the music of Bach, Satie and Ravel, Haitian drums, a traditional Breton song, Jean’s exercises, balls, Wilfride’s exercises, hints from the repertoire… Their meeting on stage reveals an invisible part of dance, made of subtle shifts, light decomposition and plays with movement. The ensemble, carried by the two performers, is wonderfully gripping, as fluid as a breath, as serene as a garden, an ode to the pleasure of dancing as a pair.

This is a great homage to a great artist, Wilfride Piollet, a delicate story of transmission between a master and her pupil, who has himself become a choreographer. This is why I wanted this piece to be presented at Scène 55, near to the Rosella Hightower International Dance Centre studios. This is a duo that I believe must be watched by young dancers, and one I am particularly fond of.

After studying at the CNSMDP where he met Wilfride Piollet and Jean Guizerix in particular, Raphaël Cottin danced Daniel Dobbels, Odile Duboc and Christine Gérard, and in 2008 joined the company of Thomas Lebrun, installed at the Tours CCN since 2012. As a choreographer, he has created eight pieces within his company La Poétique des Signes, including Buffet à vif in 2014 (with Pierre Meunier and Marguerite Bordat) and C’est une légende in 2017, two pieces created at the Avignon Festival. A teacher and specialist in scripting movement, he passes on the movement analysis in Labanotation and Wilfride Piollet’s Flexible Barres technique.

Jean Guizerix joined the Paris Opera Ballet in 1964 and was appointed principal dancer in 1972. Drawn by the dance of his time, he created Merce Cunningham’s Un Jour ou deux, formed part of the group Nureyev and Friends and took part in global creations by the greatest choreographers, often partnered by Wilfride Piollet, his wife since 1971. For 50 years he continued a career boasting numerous encounters and saw himself entrusted with several positions without, however, quitting the stage.

At the edge of dance and the plastic arts, with its set design in the form of an installation, Mon corps palimpseste explores the effects of memory on the body.

A palimpsest, from the Greek palimpsēstos, “rubbed smooth again”, was originally a parchment that had been already used, and that had seen the text effaced so it could be reused. It is therefore a forgotten memory, written into the skin itself, in successive layers, that bears the trace of earlier accounts. With the show Mon corps palimpseste, the choreographer closes a cycle entitled TRACES, a work based on memory, souvenirs and their impact on the body. The dancers, who see the movements write themselves on their bodies then disappear, replaced by other gestures, other routines over time, are at the outpost to understanding and analysing this memorial inscription between conscious and subconscious.

Three performers, the dancers Cécile Robin Prévallée and Luc Bénard and musician Delphine Barbut, transcribe in space this quest for the forgotten gesture, for what remains when everything is forgotten. This memory woven in every fibre of our being is symbolized by the thin strips of multicoloured fabric that fetter or link, that bury or imprison just like a spiderweb imagined by the plastic artist Aurélie Mathigot. A sort of retrospective on an internal journey, Mon Corps Palimpseste catches swift moments on the fly to scrutinize them more fully.

Eric Oberdorff started as a dancer trained by Rosella Hightower, before becoming the modern choreographer we know and a rigorous, generous director who is also attentive to the works of others. This is how he naturally orchestrates the Studiotrade platform that we programme as part of the Festival.

Eric Oberdorff started practicing martial arts at a very young age and continued while studying dance at the Regional National Conservatoire in Nice and at the Cannes Rosella Hightower international dance school. He then joined the Paris Opera dance school. Transiting via the Salzburg and Zurich ballets, he joined the Monte-Carlo Ballet and danced the world over. Since 2002, Eric has been the director and choreographer of the Compagnie Humaine that he founded. He is an artist assisted by the CDN Nice Côte d’Azur/Irina Brook. Since 2017, he has also been the choreographer and director of the NESEVEN Ensemble (Germany). In 2010, he co-founded the European Studiotrade network and since 2015 he has been responsible for programming the Studiotrade Platform within the Cannes Dance Festival.